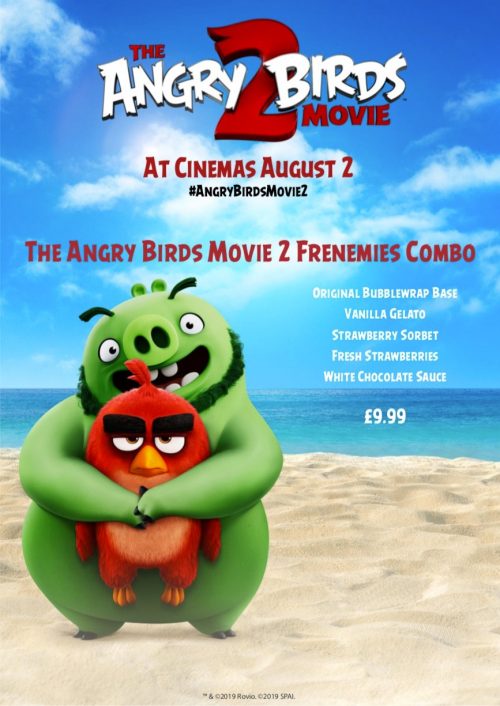 To celebrate the release of The Angry Birds Movie 2 out in UK cinemas this Friday (2nd August), Sony Pictures UK and Bubblewrap Waffle have teamed up to create a limited edition Bubblewrap Waffle called ‘The Angry Birds Movie 2 Frenemies Combo’. A limited amount will go on sale for £9.99 from Friday 2nd August – Sunday 4th August. In addition, from 1pm Friday 2nd August 100 “Frenemies Combo’s” will be given away for FREE to the first 100 people in-store (24 Wardour Street, London, W1D 6QJ), first come first served.

The flightless angry birds and the scheming green piggies take their beef to the next level in THE ANGRY BIRDS MOVIE 2!

When a new threat emerges that puts both Bird and Pig Island in danger, Red, Chuck, Bomb, and Mighty Eagle recruit Chuck’s sister Silver and team up with pigs Leonard, his assistant Courtney, and techpig Garry to forge an unsteady truce and form an unlikely superteam to save their homes.

Angry Birds gets a new trailer