You are here: Home » The Terminator is back for one last time

The new trailer for the next instalment in The Terminator franchise is here. This time we have a mix of an explosive fighting from all of the terminators as well as quite a hefty chunk of backstory from Sarah and a bit more about the mysterious young woman that Skynet wants to kill.

Not only do we have the amazing trailer but also the new poster. Compared to the first one it’s very messy and it just looks like a quick Photoshop job with the cast in sizes comparable with their name in the cast list. 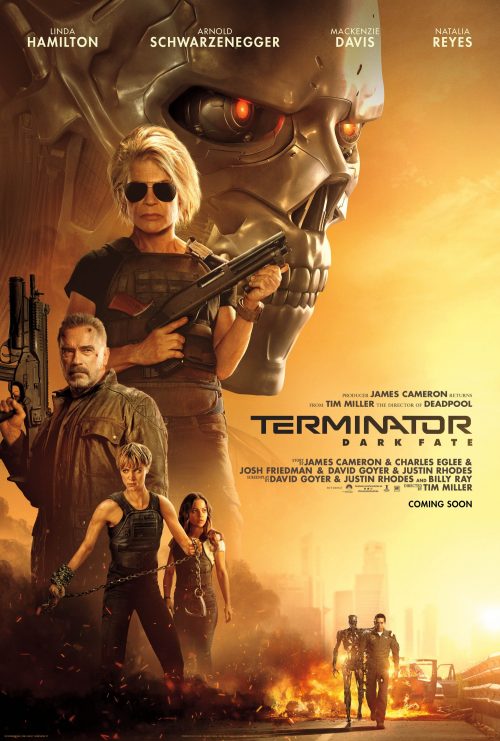 Finally, we have 2 new images. One from the film and the other from behind-the-camera with Tim Miller and Linda Hamilton discussing the scene that’s about to be filmed.

More than two decades after the events of Terminator 2: Judgment Day, Sarah Connor sets out to protect a young woman named Dani Ramos and her friends as a liquid metal Terminator sent from the future attempts to terminate them.