You are here: Home » Who is the King of Thieves

With some of the greatest, a bit a bit elderly now, actors of the late 20th century are back in the trailer for King Of Thieves. From Michael Caine to Michael Gambon via Jim Broadbent and Ray Winstone.

The film is based on the Hatton Garden robbery from 2015 where a group of “elderly gentlemen” stole, possibly £200 million.  It is a comedy of errors as well as what happens when you get old and still do what you did 40 or 50 years earlier.

If the trailer is anything to go by it does look absolutely hilarious as the cast are still at their peek.  Just sit back, hit play and have fun. 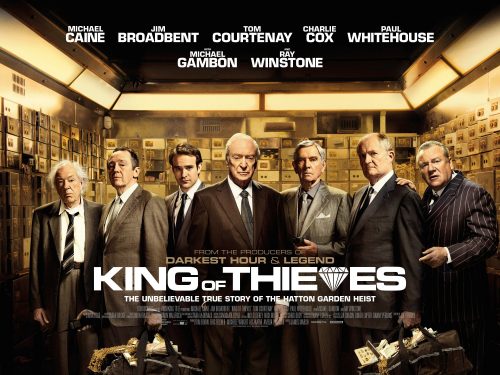 KING OF THIEVES is the incredible true story of the spectacular Hatton Garden diamond heist, the biggest and most daring in British history.

Jamie Cullum & the King of Thieves

Who are the King of Thieves?

Another look at the King of Thieves