You are here: Home » Robin Hood is back

The brand new trailer, and poster, for the upcoming “untold tale” of one of England’s greatest heroes ( or petty thief ) Robin Hood.

Starring the kid from Kingsman, and Oscar winner Jamie Foxx.  It’s a take on the legend that I’ve never seen before.  I have a feeling that they have taken the name and decided to dream up some story that could involve the title character.  Not only that, it has the feel of an Assassin’s Creed rip-off.  not only that, but one directed by Uwe Boll, if he had any talent as a director.

Not only that, it also has the feel of some of the shots have come from 1980s horror movies when people discovered 3D – See if you can spot the shots, it’s not that hard to do.

On the other hand, the poster is quite inventive, even if you could see that done for a gangster film.  In that case we would see a smoking Tommy gun in the corner of the poster. 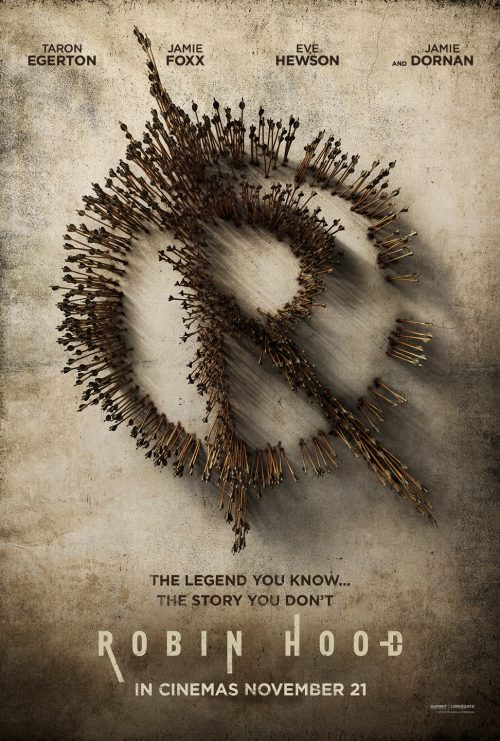