You are here: Home » The Terminator is coming back

The first image for the upcoming next film in The Terminator franchise. This is a “sequel to James Cameron’s original Terminator films “. So everything after Terminator 2 hasn’t existed in this universe.

The image shows us the 3 women from this new Terminator film.  Sarah Connor, Linda Hamilton, looks like she hasn’t stopped working out since we saw her in Terminator 2.  not only that she looks like she is ready for whatever is about to come.  We also get a chance to see another Terminator.  This time with some strange markings

The character I want to see back in this one is the criminal psychologist, Dr Peter Silberman. Someone who has had better patients than Sarah Connor. The last time we saw his was running away after coming across The Terminator in the 3rd film of the franchise.  What he is going to think is going to be great fun. 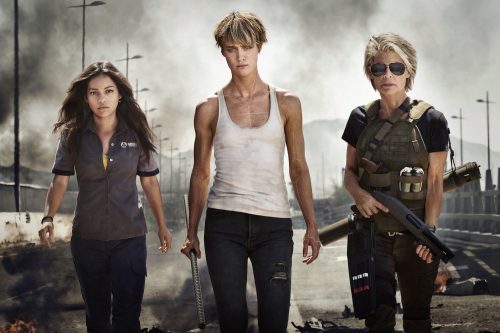 The Terminator is coming home