You are here: Home » The role of Colossus and D-Day – a talk at TNMOC

Seventy-five years on from D-Day, information is still coming to light to show the role of Colossus and the breaking of Lorenz, Hitler’s most secret cipher.

In Block H, the home of Colossus, Mark Priestley and Gavin Clarke will reveal the pressures codebreakers worked under in the run-up to D-Day and the difficult choices they had to make in deciding what Lorenz messages to tackle. From their research at the National Archives, they will also be able to reveal some of those key pieces of intelligence that Colossus and the codebreakers were able to uncover and that gave the architects of D-Day the confidence to know that the enemy had swallowed the vast campaign of deception over the place, timing and scale of the Allied landings. 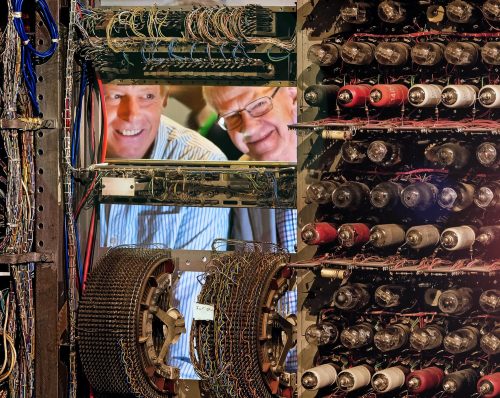 There will also be exclusive TNMOC short videos of Colossus veterans and their reactions to these new findings and a special display in the Colossus Gallery bringing to life the story of Colossus at D-Day.

The audience will also be able to see an original German Lorenz encryption device and its accessories alongside working reconstructions of the British technology that intercepted and deciphered the messages: Colossus, Heath Robinson (the predecessor to Colossus) and the Tunny machine.

Tickets available for the event at 2.30 pm on 28 September 2019: tinyurl.com/TNMOC-DDay

This is the first of the autumn series of talks at The National Museum of Computing. On 26 October 2019, Robert Wills will talk on the computing power that helped take men to the moon in 1969.