You are here: Home » The Happytime Murders new poster

The new poster for the upcoming Melissa McCarthy comedy, The Happytime Murders, has arrived.

The first thing is that Melissa is looking a lot less plastic than the first one we saw.  The second is the film has seemingly changed its tag line from No Sesame all Street to Sex. Murder. Puppets.  Both equally bad but the first one was slightly better. Even so, it does look a reasonably funny film.  One that could have been better with a different lead as I don;t think Melissa is the correct person for the lead. 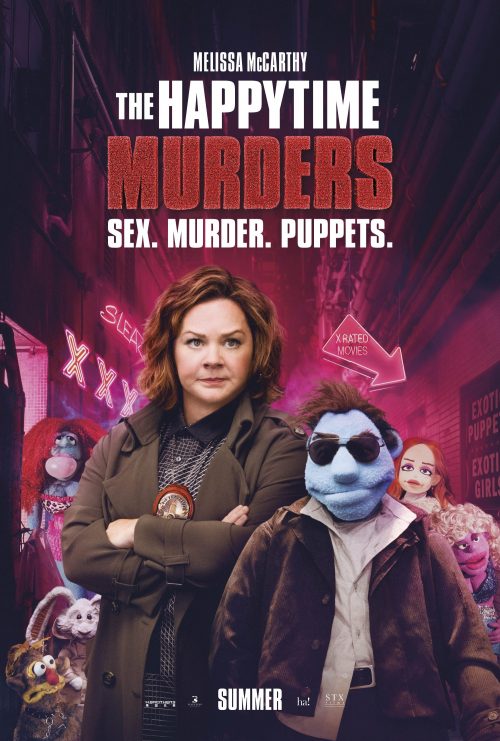 THE HAPPYTIME MURDERS is set in the underbelly of Los Angeles where puppets and humans coexist. Two clashing detectives, one human and one puppet, are forced to work together to try and solve who is brutally murdering the former cast of “The Happytime Gang,” a beloved classic puppet show.