You are here: Home » The Return of Picard 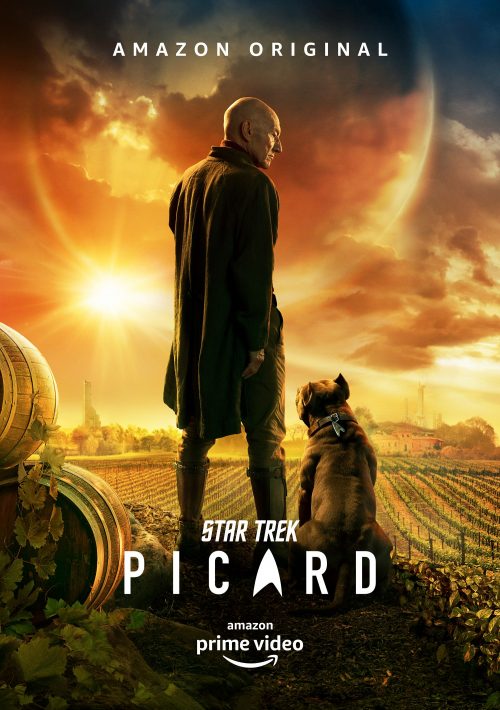 Sir Patrick Stewart and additional cast members from the upcoming Amazon Original Star Trek: Picard series will be among the main guests at the 53rd Edition of Lucca Comics & Games. On Friday November 1st, the popular British actor and his fellow castmates, including Isa Briones, Santiago Cabrera, Michelle Hurd and Evan Evagora, will take the stage and let Star Trek fans from around the world know that Picard is back, as well as share what to expect from these new and returning characters in the beloved Star Trek franchise. Star Trek: Picard will launch on Amazon Prime Video, on January 24th, 2020.

Furthermore, to honour one of the most beloved talented stars of the theatre, the big screen and TV, Lucca Comics & Games Committee will award Stewart with a tile on the popular Lucca Walk of Fame, where some of the greatest artists, who work in the fields of comics, artworks, games and cinema, have left their handprints. Other members of the cast will join Sir Patrick Stewart in this celebration, an event included in the program of the Lucca Comics & Games Movie Area, curated by QMI-Sturdust.

Star Trek: Picard features Sir Patrick Stewart reprising his iconic role as “Jean-Luc Picard,” which he played for seven seasons on “Star Trek: The Next Generation.” The new series will follow this iconic character into the next chapter of his life. Alongside Stewart, Star Trek: Picard will also star Isa Briones, Santiago Cabrera, Michelle Hurd, Alison Pill, Harry Treadaway and Evan Evagora.

The series is produced by CBS Television Studios in association with Secret Hideout and Roddenberry Entertainment. Alex Kurtzman, Michael Chabon, Akiva Goldsman, James Duff, Patrick Stewart, Heather Kadin, Rod Roddenberry and Trevor Roth serve as executive producers and Aaron Baiers (Secret Hideout) serves as co-executive producer and Kirsten Beyer as supervising producer. Hanelle Culpepper directed the first three episodes of the series.
Star Trek: Picard will stream on Amazon Prime Video in more than 200 countries and territories around the world. In the United States, the series will be available exclusively on CBS All Access, and in Canada on Bell Media’s CTV Sci-Fi Channel and OTT service Crave. The series is distributed internationally by CBS Studios International.

Looking back at Lucca Comics & Games 2019