You are here: Home » Ten scary facts from The Inconvenient Sequel

Al Gore’s Oscar-winning An Inconvenient Truth brought climate change to the forefront of mainstream culture, but now, ten years on, the stakes have been raised higher, making his follow-up feature an even hotter topic, sadly both metaphorically and literally. 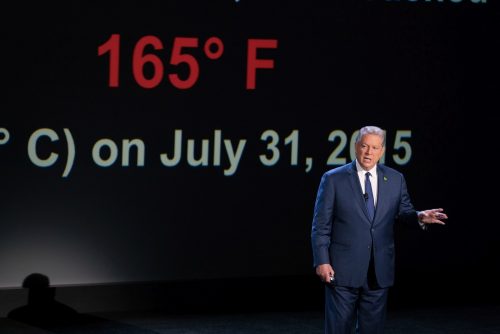 The Inconvenient Sequel follows the former Vice President as he continues his tireless work around the globe to educate and inspire the next generation of climate champions. His ‘can do’ attitude is genuinely uplifting, especially as he explains that the solutions to the climate crisis are still within our reach (did you know that wind energy could supply 40 times more electricity than the entire world currently uses?!). However, the very concept of climate change is still terrifying, which is why we ALL need to watch and listen to this incredible documentary. Here are just ten reasons why…