You are here: Home » How do Bill & Ted Face the Music?

Two great things have just been released for our third meeting of William “Bill” S. Preston Esq. and “Ted” Theodore Logan. The first is the great new, teaser, trailer that shows us what has happened since the last time we met the duo.  It doesn’t seem to have gone as well as everyone would expect!

The other thing is the teaser poster for the films release.  It doesn’t have a release date but everything else seems to indicate it’s due for release in cinemas on August 21, 2020 but with what is going on at the moment this may change or the film may just be released on-line like what happened with Trolls World Tour. 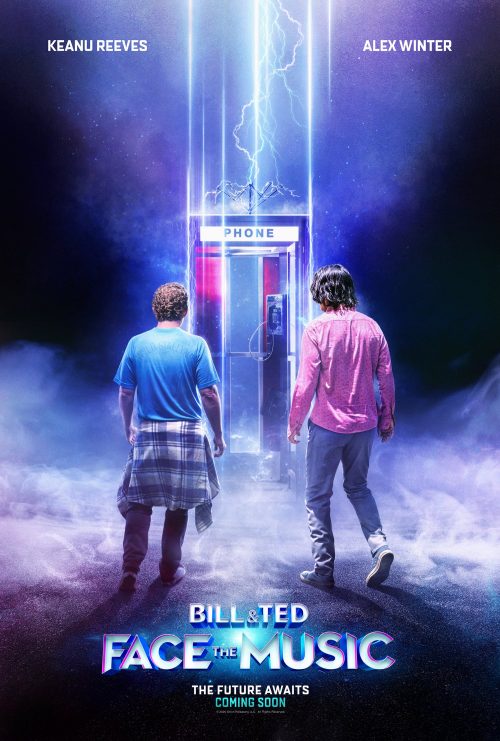 Bill & Ted Face the Music will see the duo long past their days as time-traveling teenagers and now weighed down by middle age and the responsibilities of family. They’ve written thousands of tunes, but they have yet to write a good one, much less the greatest song ever written. With the fabric of time and space tearing around them, a visitor from the future warns our heroes that only their song can save life as we know it. Out of luck and fresh out of inspiration, Bill and Ted set out on a time travel adventure to seek the song that will set their world right and bring harmony in the universe. Together with the aid of their teenage daughters Billie and Thea, a new crop of historical figures and some sympathetic music legends, they find much, much more than just a song.