You are here: Home » See more of Bill & Ted with a new trailer

What has happened to William “Bill” S. Preston Esq. and Ted “Theodore” Logan in the years since the last time we met them. Well, they are still together with the princesses but it seems that they are having some problems with their marriages. On the plus side their daughters seem to be happy.

What happens when a new visitor from the future appears and breaks the news that they need to write a song to save the universe. We do have an answer to that, well in part, with the new trailer for Bill & Ted Face the Music. It seems to show that the film is a mix of the first two films but with their daughters finding the musicians to help with the song they need to write. That and their father’s friend Death.

Not only that, we have a brand new poster showing all of our heroes, and the people they have asked to help. 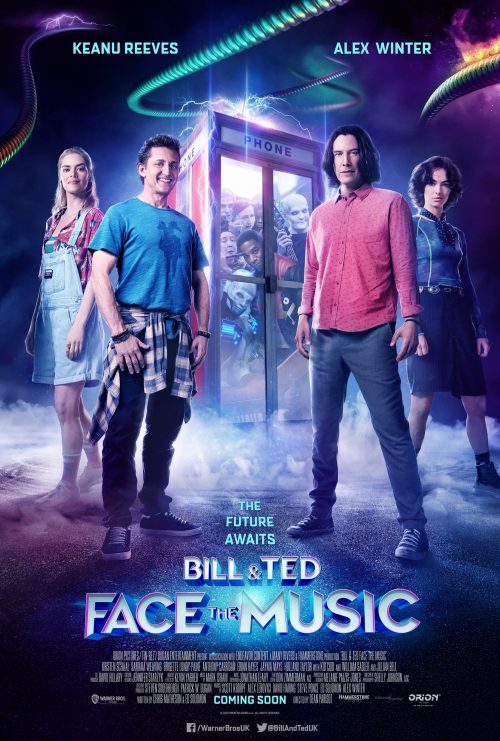 Yet to fulfil their rock and roll destiny, the now middle aged best friends set out on a new adventure when a visitor from the future warns them that only their song can save life as we know it. Along the way, they will be helped by their daughters, a new batch of historical figures, and a few music legends — to seek the song that will set their world right and bring harmony in the universe.