You are here: Home » Early Man worth paying for 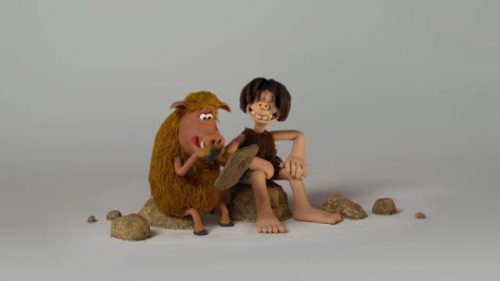 It’s time to join the tribe as Aardman and STUDIOCANAL’S brand new prehistoric comedy adventure EARLY MAN, is the latest film to receive an exclusive trailer from the Industry Trust’s Moments Worth Paying For campaign, with the intention to combat film piracy

The trailer features never before seen footage made especially for the campaign, including the characters, plucky caveman Dug and his trusty friend Hognob using a tablet and visiting the cinema – highlighting that whether it’s at home, on the move or in the cinema, a quality experience is worth paying for.

The Industry Trust’s consumer education campaign continues to deliver its core message: inspiring audiences to choose the big screen experience. Like others in the Moments Worth Paying For series, the trailer directs audiences to the industry-funded film search engine, FindAnyFilm.com, which signposts legal content sources, so they can book, buy and watch at their convenience.

Set at the dawn of time, when prehistoric creatures roamed the earth, EARLY MAN tells the story of courageous caveman hero Dug and his best friend Hognob as they unite his tribe against a mighty enemy Lord Nooth and his Bronze Age City to save their home.

Peter Rabbit and Moments Worth Paying For

Coco worth paying for

The Mummy – Moments worth paying for