You are here: Home » Horrible Histories: The Movie is coming home

Altitude is pleased to announce that the family favourite HORRIBLE HISTORIES: THE MOVIE – ROTTEN ROMANS comes to Digital Download 18th November and will be available on Blu-ray and DVD 25th November. 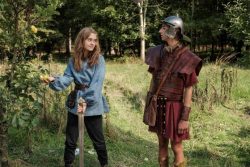 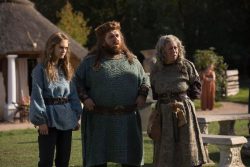 HORRIBLE HISTORES: THE MOVIE – ROTTEN ROMANS is the feature film debut from Award winning director Dominic Brigstocke. Rounding out the cast is a host of brilliant comic talent.

Based on global publisher Scholastic’s beloved best-selling and award-winning children’s historical comedy book series HORRIBLE HISTORIES by Terry Deary and illustrated by Martin Brown, the film’s screenplay has been written by the Olivier award-winning playwright Jessica Swale, together with Giles Pilbrow and Caroline Norris.