You are here: Home » Pictures from a Horrible premiere 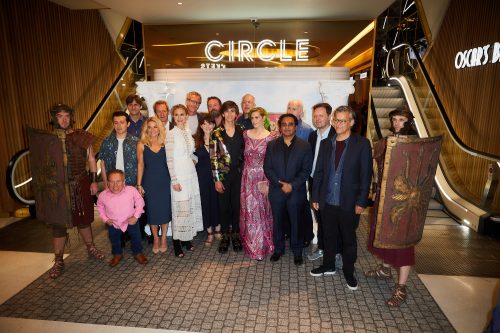 The cast of the HORRIBLE HISTORIES: THE MOVIE – ROTTEN ROMANS marched down the red carpet yesterday for the films World Premiere ahead of preview screenings on 13 and 14 July and its nationwide release on 26 July.

Ahead of the film, guests were entertained by Roman Soldiers; Fortune tellers; Celts giving sword training; face painting, a balloon artist; a green screen photobooth; arts and crafts and a caricaturist creating a fantastic atmosphere and lots of fun and photo opportunities for kids of all ages!