Paul Bush OBE, VisitScotland’s Director of Events, said: “EventScotland is delighted to be supporting this year’s Family Gala and the screening of UglyDolls. Alongside the Opening and Closing Galas, the Family Gala is wonderful way to engage festival goers by offering them the chance to see the latest cinematic offering and the chance to walk the red carpet. As the world’s longest continuously running film festival and one of Scotland’s signature events, introducing the next generation to the Edinburgh International Film Festival will ensure its success for years to come.”

Balance, Not Symmetry is a beautiful cinematic tribute to art, music and Scotland (and Glasgow in particular). A moving, funny and inspirational new film from the talented and prolific filmmaker Jamie Adams, it was made in close conjunction with the great Scottish band Biffy Clyro, who worked on both the storyline and the score. 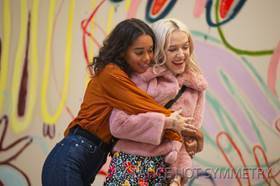 Laura Harrier (Spider-Man: Homecoming) stars as a Scottish-American art student who is studying at Glasgow School of Art, and whose privileged existence is thrown into a spin when her father unexpectedly dies. Torn between supporting her mother (Kate Dickie) and dealing with her own sense of loss, she finds herself re-examining her life and friends. She finds inspiration from provocative fellow student Hannah (Bria Vinaite, The Florida Project).

The People’s Gala is supported by Accenture, and tickets are only £5, offering audiences the opportunity to see a great new film at an accessible price.

Les Bayne, Managing Director, from Accenture Scotland said: “The Family and People’s Gala series is an excellent way to introduce new film genres and widen audience appreciation of film making. Edinburgh International Film Festival is a firm favourite in the calendar and Accenture Scotland is delighted to be supporting the innovation and creativity that EIFF brings to the people of Edinburgh.”

The film will screen at EIFF on Sunday 23rd June at Festival Theatre. Tickets can be purchased here. 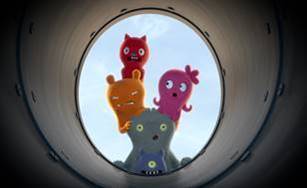 In Uglyville, the free-spirited Moxy (Kelly Clarkson) and her UglyDoll friends live every day in a whirlwind of bliss. Occasionally, the endearingly unique residents of Uglyville look to the sky, where a new UglyDoll will appear and be embraced by the community.

But when Moxy and a group of her closest friends set off to find what’s outside their community, they discover another world – Perfection. It is a town where more conventional dolls are trained in protocols before they graduate and are sent to the ‘real’ world to find the love of a child. In Perfection, Moxy and her crew are subject to the manipulations of Lou (Nick Jonas), the perfect doll in charge of training recruits.

The Family Gala is supported by Edinburgh Live – an exciting new digital title dedicated to providing up-to-the minute coverage of the latest events, sport and news in Edinburgh. The film will also screen at EIFF on Sunday 23rd June at Festival Theatre where face painting, a photo booth and costume characters will entertain audiences in advance of the screening. Tickets can be purchased here.

Edinburgh Live’s editor Hilary Mitchell said: “We’re very excited to be partnering up with the Edinburgh International Film Festival to bring this very special UglyDolls Family Gala to the city. Edinburgh Live is a brand-new digital title dedicated to sharing all of the best things Edinburgh has to offer, and this screening is definitely one of them! We hope you and your family enjoy UglyDolls as much as we do.”

UglyDolls go for a spin