You are here: Home » Mental Health Feature Film ‘I Made This For You’ will be Releasing for Free on September 10th to mark World Suicide Prevention Day 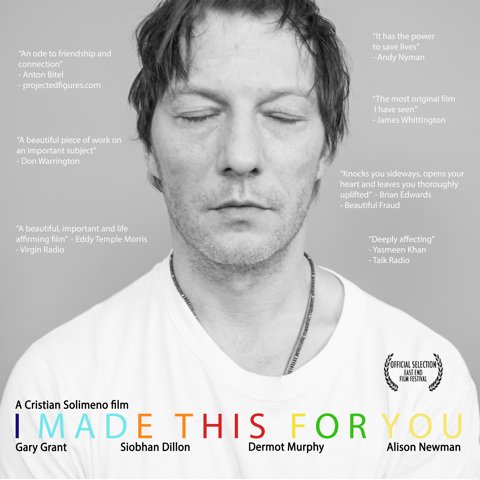 I Made This For You is a searingly honest British feature film that tackles mental health, depression and suicide head on. To highlight World Suicide Prevention Day on 10th September, the film will be available to watch for free for a month on Youtube until World Mental Health Day on October 10th.

I Made This For You follows a man, played by Gary Grant, who cuts himself off from his friends and family and has recently attempted suicide. He is pulled back from the edge by a documentary made about his life by a friend, played by director Cristian Solimeno. His friends also include Alison Newman, Dermot Murphy, Francis Magee and West End star Siobhan Dillon.

I Made This For You will be available for FREE on Youtube from 10th September on this link.