You are here: Home » Death Wish and throwback posters

Bruce Willis is back in a reimagined version of the classic 70s revenge thriller, Death Wish. This time it’s Eli Roth’s turn to take on the mantle of transforming this film into something for the 21st century. How he will get on, time will tell. Will it be a great updating of the film or a horrible bloody mess?

That out of the way, We can give you two new posters for the film.  A nod to the posters of that era.  However, they do seem to give away some of the ways that he gets his revenue on the people who killed his wife. 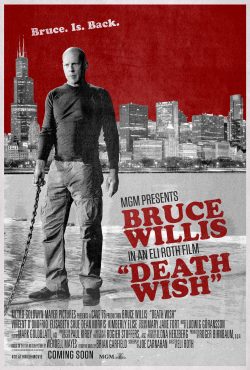 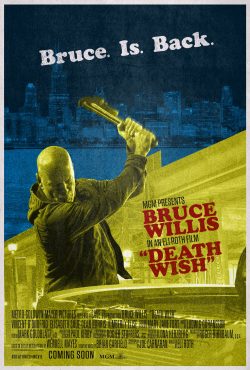 With the police overloaded with crimes, Paul, burning for revenge, hunts his family’s assailants to deliver justice. As the anonymous slayings of criminals grabs the media’s attention, the city wonders if this deadly avenger is a guardian angel or a grim reaper.

The Hate U Give has a poster