You are here: Home » Avengers: Endgame set to become the top grossing film of 2019 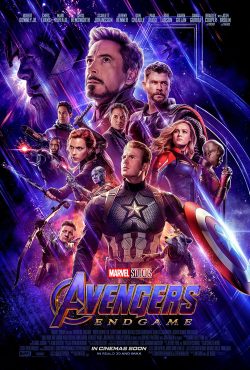 3.25% of the UK population have purchased advanced tickets sales & over 2000 screenings are close to selling out

It will come as little surprise to most but after a very quiet Easter Box Office Weekend, data experts Applaudience have forecast that Avengers: Endgame will match the astronomical financial expectations set by the previous films, and is set to become the highest grossing film of 2019.

Due to the very warm weather over the Easter Weekend and the prospect of Avengers: Endgame launching in the following week, ticket sales were desperately low last weekend, without a single film making over the £1m mark.

This weekend’s forecast, however, will make delightful viewing for cinemas chains across the country, with 3.25% of the entire UK having already purchased advanced tickets. As of Midday today, a staggering 1,177,613 tickets have been bought for Fri-Sun screenings and 2,148,092 sold over all dates. This means that Avengers: Endgame has already made £12.1m in advanced ticket sales over the Box Office weekend and a further £10m across additional dates (based on an average opening weekend ticket price of £10.28 and all dates of £10.24).

This will propel Avengers: Endgame to 2019’s No.1 and will take some feat to replace before the end of the year.