You are here: Home » Jack Whitehall and his father are back

Jack and Michael return for a second series of Travels with My Father and this time they take on Europe. 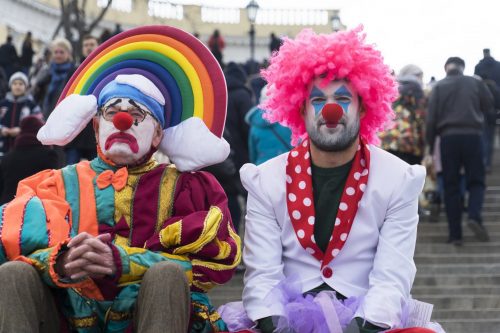 Last year Jack and Michael embarked on a South East Asian odyssey, fulfilling Jack’s lifelong dream of a gap year, and against all the odds they both survived. This year they’re back on the road but now it’s Michael taking the lead – and he has very different ideas!

It’s soon to be Michael’s birthday and he has one wish, for Jack to clear his busy schedule and join him on a tour across Europe. A chance for him to pass on his wisdom to his son, take in some culture, a few museums, learn a little history – basically Jack’s worst nightmare! His idea of travelling is more Boys on Tour than Grand Tour – hitting the clubs, downing the beers and hunting out some adrenaline sports… and inevitably Jack will get his way.

From the stunning ice capped mountains of the Bavarian Alps to the intoxicating mystery of Istanbul… along the way Jack and Michael will find themselves running the gauntlet of beer bikes in Budapest and campervans across rustic corners of Romania; they’ll embrace kitsch Europop in Moldova, and try their best to evade gun-toting Cossacks and marching clowns in Ukraine. If Michael had hoped that this trip would be an educational journey – he really should have learned his lesson from last year!