You are here: Home » The El Royale has some posters

Not only do we get the poster for Bad Times at the El Royale, we also have a great set of character posters for the film as well.  It’s quite nice, even if it is a bit clichéd of showing all the main cast in order of their billings.  At least all seven of the cast are actually shown.

It doesn’t tell us that much about the film apart form who is in it and it involves a motel, or is it a hotel? 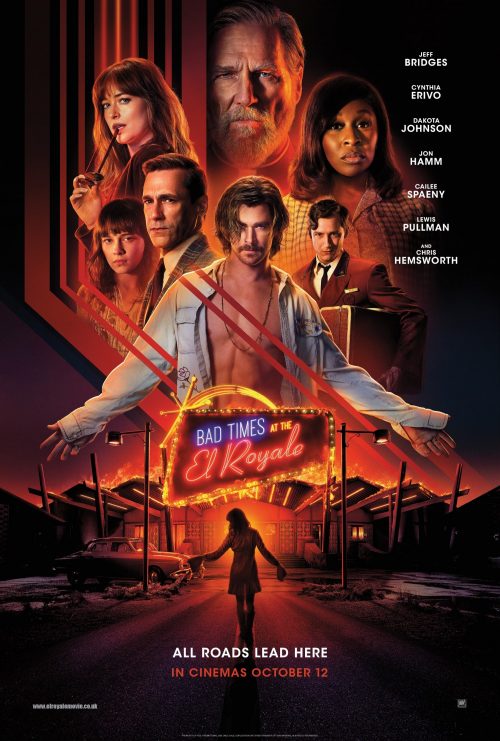 Seven strangers, each with a secret to bury, meet at Lake Tahoe’s El Royale, a rundown hotel with a dark past. Over the course of one fateful night, everyone will have a last shot at redemption… before everything goes to hell.

Another look at the El Royale

What is happening at the El Royale?