You are here: Home » Vinnie Jones has been cast in the upcoming production of Rise of the Footsoldier: Origins. 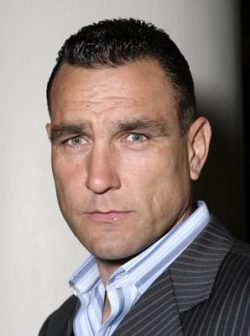 Directed by British actor turned filmmaker Nick Nevern (The Hooligan Factory) who previously starred in the 4th instalment of the Footsoldier series, the film – which is set to start principle photography in October this year – will be produced by veteran filmmaker Andrew Loveday (A Lonely Place to Die, The Wee Man) and Terry Stone (Once Upon a Time in London) with Signature Entertainment’s Marc Goldberg (Final Score, The Courier) and Elizabeth Williams (Final Score, The Courier) acting as executive producers. Signature Entertainment will also be the UK distributors when the film is released in 2021.

Spanning a decade, the fifth instalment in this popular, chart topping, British crime series tells the story of how Tony Tucker, Craig Rolfe and Pat Tate united to form their own firm during the late 80’s and early 90’s. This is the ultimate origins story of the notorious Essex gang.

Vinnie Jones will come on board to play a crucial role in the feature as Bernard O’Mahoney. O’Mahoney was associated with Tony Tucker, one of the three men murdered in the notorious Range Rover killings. Vinnie has previously starred in iconic British films such as Guy Ritchie’s Lock, Stock and Two Smoking Barrels to hit TV series Arrow and most recently independent thriller The Big Ugly. Andrew Loveday commented “We are thrilled to have Vinnie Jones on board this unstoppable franchise. His entrance to the series will elevate the film as we introduce a new character into the iconic story, Bernard O’Mahoney”.

Vinnie Jones commented “I’m excited to be part of the Footsoldier story. The script is excellent, and the filmmakers have done a great job. I’m looking forward to being part of the final instalment of the series. I love working on independent pictures and I’m sure the 5th film will prove to be as successful as the previous”.

Who is The Alpinist?

The Courier has a new release date

Tenet is coming home for Christmas