You are here: Home » Spongebob is back but where is Gary?

Woah! Spongebob is back in the first trailer for his greatest adventure yet! The quest to find his beloved Gary and who snail-napped him!

Not only that, we also have the first poster showing our favourite sponge and his best friend on his quest to the Lost City of Atlantic City 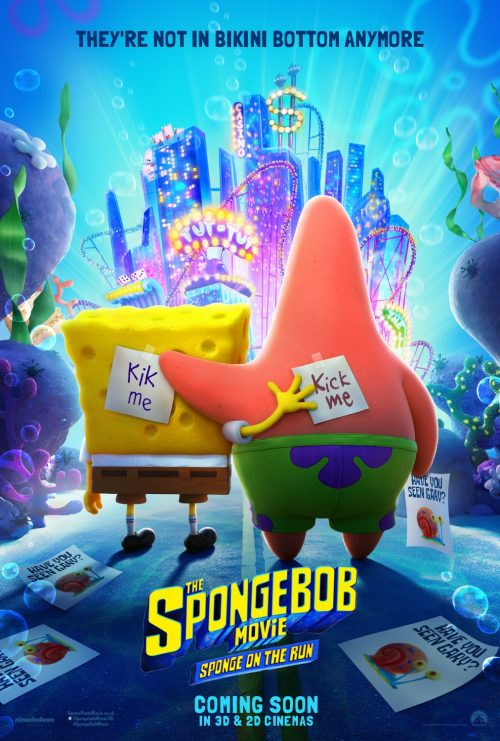 Not only do we have the trailer and poster but a great factsheet about the film. The pdf can be downloaded here

SpongeBob SquarePants, his best friend Patrick Star and the rest of the gang from Bikini Bottom hit the big screen in the first-ever all CGI SpongeBob motion picture event.

After SpongeBob’s beloved pet snail Gary is snail-napped, he and Patrick embark on an epic adventure to The Lost City of Atlantic City to bring Gary home. As they navigate the delights and dangers on this hilarious rescue mission, SpongeBob and his pals prove there’s nothing stronger than the power of friendship.

© 2020 Paramount Animation, a Division of Paramount Pictures. All Rights Reserved.