You are here: Home » McEnroe is coming to UK cinemas

John McEnroe personally reflects on his epic, tumultuous career and personal life in “McEnroe”, an intimate documentary about one of the most explosive and compelling sporting icons of all time. “McEnroe” is released in UK and Eire cinemas from 15 July 2022, following its World premiere at the Tribeca Festival and UK premiere at Sheffield DocFest in June.

John McEnroe was an era-defining talent; Number One in the world in four consecutive years. However, his time on and off the court was tumultuous, and it is this internal conflict that drove John to the very top, and very nearly broke him.

In “McEnroe” John speaks openly about his life and career alongside film archive from some of the biggest matches in tennis history – including the US Open and Wimbledon – as well as home video footage from John himself. Contributions from John’s children and his wife Patty Smyth provide a level of intimacy that takes the film beyond a mere sports biopic and into the realms of something deeply personal and confessional. Featuring icons such as Billie Jean King, Bjorn Borg and Keith Richards, the film brings to life a golden age of tennis and the 80’s excess of John’s hometown: New York City.

Beyond John’s tennis legacy (his combined 155 titles still rank as the highest in the Men’s Open era), John’s story grows to become a search for connection, a journey towards acceptance of himself and others. Compassionate, human and heartfelt, “McEnroe” is the definitive portrait of a force of nature powered by the beating heart of New York. 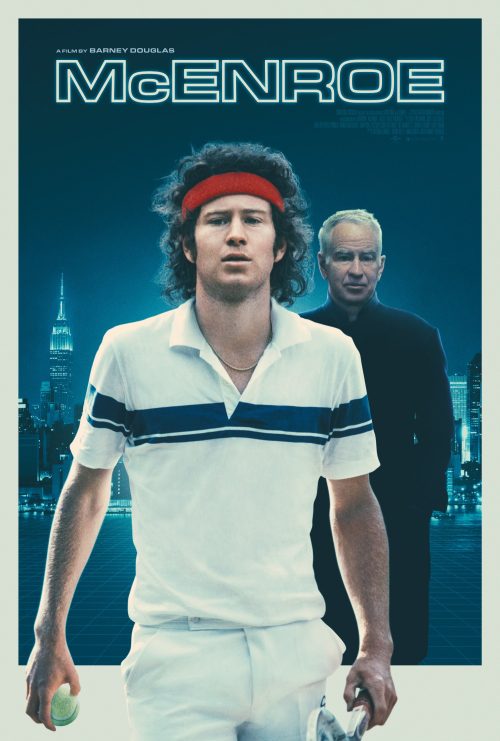 “McEnroe” is directed by Barney Douglas (The Edge, Warriors) and produced by Victoria Barrell (The Edge, Bobby Robson) and Paddy Kelly, featuring a stunning original score from The Maccabees’ Felix White (The Edge).

Who is John McEnroe?

Tigers to score in UK cinemas