You are here: Home » Tigers to score in UK cinemas

The award-winning autobiographical drama received its UK Premiere at the Glasgow Film Festival on 10th March 2022. Directed by Ronni Sandahl (writer: Borg McEnroe), TIGERS has received worldwide critical acclaim including Flash Forward Best Film award at the Busan International Film Festival, the Lübeck Nordic Film Days Festival and at the Göteburg Film Festival where the film picked up a second award – Best Actor for Erik Enge. TIGERS was selected as the Swedish entry for Best International feature at the 94th Academy Awards.

TIGERS is a life and death rollercoaster ride through the modern-day football industry. With a unique perspective on the world of professional football training, Sandahl tells the true story of football prodigy Martin Bengtsson. A coming-of-age drama about a young man’s burning obsession in a world where everything, and everyone, has a price tag.

Martin is one of the most promising football talents Sweden has ever seen. At sixteen, his lifelong dream comes true when he is bought by one of Italy’s most prestigious clubs. Yet that dream comes at a very high price in terms of sacrifice, dedication, pressure and – most of all – loneliness. After a life-threatening incident, Martin begins to question whether this is actually the life he yearned for. TIGERS shines a light on the pressures and mental health issues faced by young people training at the highest level of football. 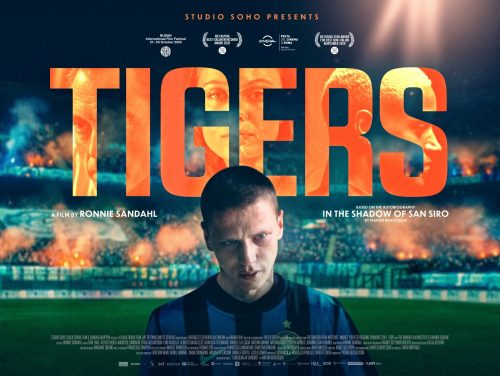 TIGERS is in cinemas on 1st July 2022. Special thanks to the BFI, awarding funds from the National Lottery, in order to bring the film to younger audiences across the UK.

Why did the man sell his skin?

Who is the father of The Surrogate?

Why is Omar stuck in Limbo?