You are here: Home » ISLE OF DOGS – New Artwork by Katshuhiro Otomo Revealed

In anticipation of the local release of Isle of Dogs in Japan on May 25th, acclaimed artist Katsuhiro Otomo created a special poster for the film. Otomo is a Japanese artist best known internationally as the creator of the manga Akira and as the director of its animated film adaptation.

After screening the film, Otomo considered his approach to the design of the artwork carefully: “When I first saw ISLE OF DOGS, I thought it might be difficult to make a poster that would add something to the movie. It is filled with homage to Japanese cinema, including music directly from Kurosawa, and seemed fully realised already, with all its details in place. It was its own complete world. Then I had an idea: to paint a very traditional Japanese dog to represent the island itself, and a very traditional Japanese wooden floor as the sea. I hope my drawing will be a meaningful way to help share this film with the world.” 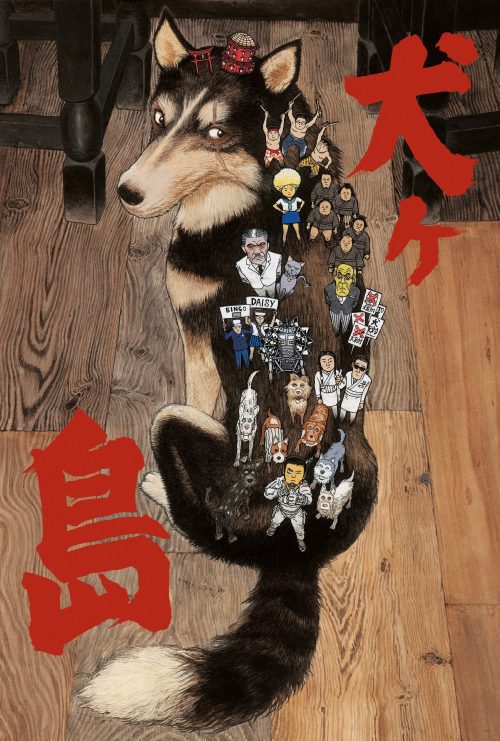 ISLE OF DOGS tells the story of Atari Kobayashi, 12-year-old ward to corrupt Mayor Kobayashi. When, by Executive Decree, all the canine pets of Megasaki City are exiled to a vast garbage-dump called Trash Island, Atari sets off alone in a miniature Junior-Turbo Prop and flies across the river in search of his bodyguard-dog, Spots. There, with the assistance of a pack of newly-found mongrel friends, he begins an epic journey that will decide the fate and future of the entire Prefecture.