You are here: Home » Is Trump Totally Under Control?

Altitude have announced the 23 October UK and Irish release of TOTALLY UNDER CONTROL, the new documentary by Academy Award® winning filmmaker Alex Gibney (ENRON: THE SMARTEST GUYS IN THE ROOM), exposing the Trump administration’s disastrous response to the Covid-19 pandemic.

With the US election just around the corner, Gibney, with co-directors Ophelia Harutyunyan and Suzanne Hillinger look at the US response compared with South Korea and how they handled the virus. On January 20th, 2020 both countries discovered their first cases of COVID-19. Since then, however, the novel Coronavirus has claimed the lives of over 212,000 Americans, while only claiming 427 lives in South Korea. 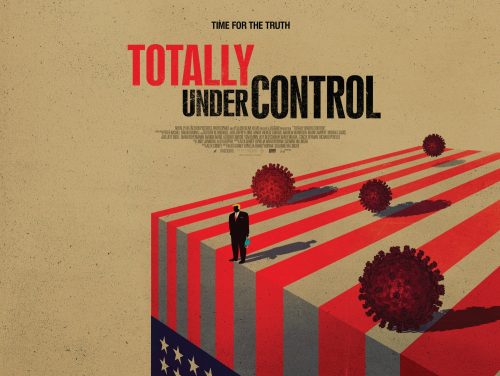 Alex Gibney said: “With an extraordinary team of collaborators, I was compelled to mount this production when I saw the scale of incompetence and political corruption by the Trump Administration in the face of a global pandemic. Now we know that by Feb. 7, Trump knew that COVID was, in his words, “a deadly virus.” But instead of working to protect the American people by containing the virus, the current administration was willfully blind to the growing contagion (“it’s like a miracle; it will disappear,” said Trump) in hopes that voters wouldn’t notice any problems until after the 2020 election. While the current administration tries to frame the situation as an unavoidable crisis, it is really closer to a crime of negligence. Weirdly enough, I don’t see this as a political film; it’s a film about incompetence and corruption that is totally out of control.”

It will be a generation before we know the full extent of the damage wrought by this pandemic, but TOTALLY UNDER CONTROL will stand as the definitive account of the Trump’s administration’s incompetence and denial in the face of this global pandem