You are here: Home » Craig Mazin, creator of TV drama Chernobyl, on working for Weinstein and The Last of Us adaptation

American screenwriter and director Craig Mazin is perhaps best known as the creator of HBO series Chernobyl. Now working on a HBO adaptation of Playstation game The Last of Us, Mazin spoke to Nihal Arthanayke about winning awards, working under Harvey Weinstein and The Last of Us anxieties. 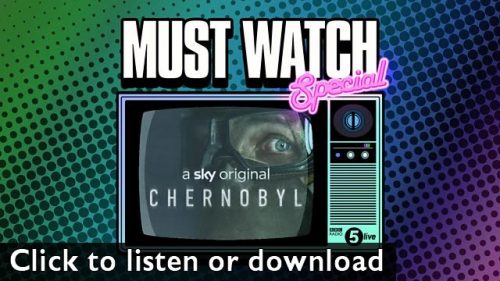 Some of the standout quotes from the interview.

On working for Weinstein…

“I worked for about 8 years or so for the Weinsteins and people would say, ‘oh yeah, I heard that it can be hard’ and I’m like, ‘I don’t think you know’. Everyone kind of gets it now, although obviously I didn’t have the full force of Harvey’s criminal activity, but it was difficult. Everybody lived in an atmosphere of tension and fear, and it got ugly. It was bad for me physically, mentally and emotionally.”

“There are some people who are drawn to the entertainment business because they are seeking validation. My therapist said that people come to Hollywood looking for the attention and love they did not receive his children. I think there’s a lot of that going on but then there’s this other kind of person that comes to Hollywood who is essentially coming there to win. It is a glamorous business to be in and those people are probably sociopaths. We have both in this town. We have sociopaths and we have people who are striving for validation and the sociopaths really do enjoy taking advantage of the validation-seekers.”

On how it affected him.

“There was a period of about 8 years where I had a headache almost every day. Headaches may sound mild enough but sometimes they turn into the kind that put you down and it was almost every day. I don’t have a brain tumour. We had that checked. What I had was this terrible stress and this need to perform at a level while still being made to feel like I have never actually achieved whatever ‘acceptable’ was. It made me ill, it made me physically ill.”

“I survived it, but it did take a toll. I remember I was heading back to a production we were doing in Vancouver and my son was really young. He was only about a year and a half. And my wife was like, ‘are you leaving again?’ I said something like, ‘if you think I want to do this you’re wrong. I’m going there to work on something that I think is probably going to be terrible and ultimately it will be blamed on me… That’s what I get to do.’ It was a dark period because I didn’t understand that there was a better alternative and, my God, there is a better alternative. There is a wonderful light at the end of the tunnel.”

“I never looked at myself as a victim and I suppose I was in some ways – certainly not in comparison to the many women who we know where tormented and abused by Harvey.”

On The Last of Us adaptation for HBO:

“I think fans of something worry that, when the property gets licenced to someone else, those people don’t really understand it, or are going to change it. In this case, I’m doing it with the guy who did it, and so the changes that we’re making are designed to fill things out and expand, not to undo, but rather to enhance.”

“We’re creating anew and we’re also reimagining what is already there to present a different format. It’s kind of a dream come true for me. I’m a little bit scared because a lot of emotions connected to this game are rather intense. I think I’m probably going to go hide in a bunker for a while because you can’t make everyone happy!”

On Chernobyl feeling very relevant in the US today, amidst presence of ‘fake news’:

“I was writing scripts in 2016 and the world seemed to be telling me, ‘of your competing themes, this one feels like the one that matters the most’, and I think that turned out to be true. It was a question of what happens when we debase the truth. When the truth becomes almost mockable. The thought that you would just say the truth is childlike and the lie is elevated to reality.”

“The more we went through, even as we were getting into production and then continuing, it was more and more clear that that was the crux of it and it became the organising principle of everything we did.”

“We have this thing where we close our eyes and ‘poof’ the problem disappears and we’re having it all the time. We have it right now, especially with things we can’t see like coronavirus. We can’t see global warming or climate change until it’s upon us. There’s been a rash of these things here in the United States where we have somewhat high profile people insisting that coronavirus is an overblown hoax and then they either get it or a family member gets it and suddenly it’s not. It’s real. It was real before!”

“We have to be able, as humans, to appreciate the reality of things that are not directly happening to us. I’m not sure how we lost that somewhere along the way. We’re seeing it right now with a reaction here in the United States to inherent racism, which white people just don’t have to see – ‘If I don’t see it, then it’s not there’. But it is. It is.”

On whether awards are validating:

“It is validating. I think on some level. I’m supposed to be stronger than that and I’m supposed to not need to be validated by things like this, but I am. There is something about your peers recognising you specifically – the people that know exactly how hard it is to do the things that we do. Validation is great, and I forced myself to accept it. It will fade and be replaced by self-loathing very soon.”

Trumbo and the Hollywood Blacklist