From Homer Simpson to Joey Tribbianis, there’s something undeniably great about watching a loveable idiot blunder their way through life. Now, times that childish chaos by two and what do you get? A disastrous duo! We all love a bit of double trouble and one iconic pair have been creating some new time-travelling turmoil recently. So, to celebrate the upcoming physical release of Bill & Ted Face The Music, we’ve created a list of our favourite on-screen disastrous duos. 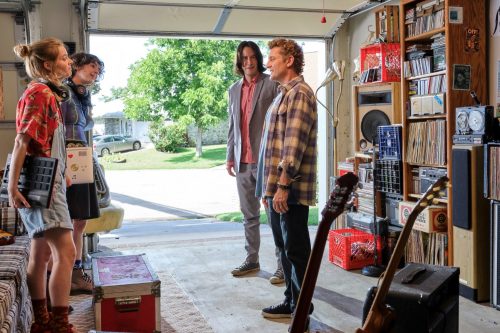 Best dudes Bill & Ted are disastrously dumb, yet completely lovable layabouts. Renowned for their time traveling adventures, this latest venture requires them to to write a song that will save the world from collapse. Transporting themselves through time to take the song from their future selves seems like the simplest option, but they soon discover they aren’t living the successful lives that they would have hoped.

Despite their continued childish ways, the boys have done some growing up since their earlier films, meaning there’s a new duo on the scene, their now grown-up daughters Billie & Thea. Despite their best efforts to help their Dad’s save the world, they wind up in Hell, which we’d say is a fairly disastrous as far as disasters go… 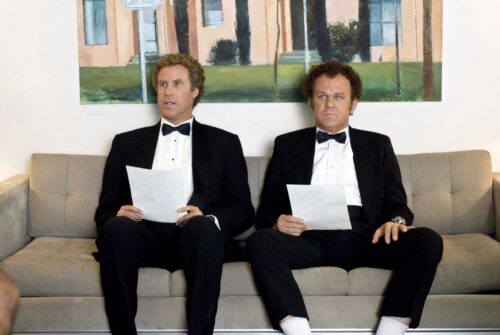 Another duo well versed in the lazy lifestyle are Brennan and Dale. 40, Unemployed, still living at home and firmly labelled – losers, their worlds collide when Dales mum and Brennan’s Dad get married. The love birds move in together, big kids in tow, forcing the pair to become roommates. Like any siblings unwillingly existing in the same space, they despise one another, and each sets out to sabotage the day-to-day life of their new brother.

From dodgy job interviews to doggy do-dos, there’s disaster around every bunk bed post. However, amongst the madness they discover a shared love of music, transforming their turbulent relationship into a blossoming bromance. 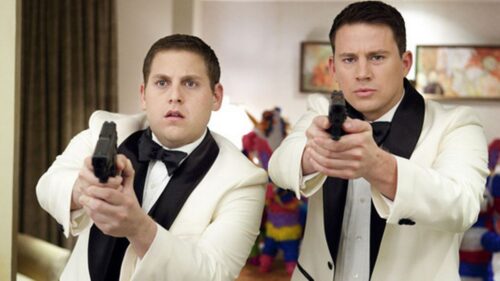 Friends and colleges Greg Jenko and are careless cops who are tasked with an undercover mission to bring down a synthetic drug ring at their old High School (what could possibly go wrong?) Just about everything it seems… faced with a series of shootouts and car chases that make a mockery of any serious action film, Jenko & Schmidt attempt to rewrite their High School experiences and iron out the screw ups of their past.

With a strong dose of bromance that makes the drug they’re after look weak in comparison, the dynamic duo blunder through the operation, messing up their mission in a continuous spiral of catastrophe.

John and Jeremy are committed to two things – womanizing and each other. The pair lie and bribe their way into wedding receptions, in a bid to win over the female guests. A sport that spells trouble if we ever heard of one… the pair break hearts faster than you can say ‘I do’. With a high-profile wedding on their radar, the friends embark upon their most mischievous mission yet.

When John meets the love of this life, things get a little rocky for the pair, and their wing-manning days seem to be over. But there’s still plenty of hilarious hiccups to enjoy before either of these loveable idiots ties the knot.

Shaun & Ed – Shaun of the Dead 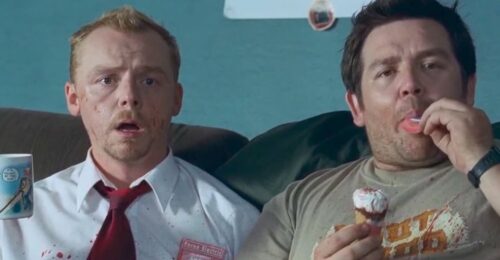 Let’s go out with a bang, or a zombie apocalypse, because what could possibly be more disastrous than that? Shaun is a video game loving, pint drinking layabout, determined to win back his fed-up girlfriend Liz. Room mate Ed is equally as unambitious and together they make a pretty clueless pair, certainly not equipped to fight off an onslaught of zombies…

More frustrated by the realisation that they will have to leave their beloved Winchester pub, than concerned by the threat of being eaten alive, they are forced to protect their friends and family as the end of the world looms. Their already sloth-like states aren’t too dissimilar to those of the brain-dead zombies, making this duo completely disastrous in the face of danger, and utterly hilarious to watch.