You are here: Home » Do The Right Thing is back

“Do the Right Thing still holds up a mirror to our society, and it makes us laugh, and think and challenges all of us to see ourselves in one another.”
— President Barack Obama

To commemorate the 30th anniversary of Spike Lee’s groundbreaking drama Do the Right Thing, Park Circus are proud to announce that the film will return to selected cinemas across the UK from 2 August 2019 in a stunning new 4K digital restoration. 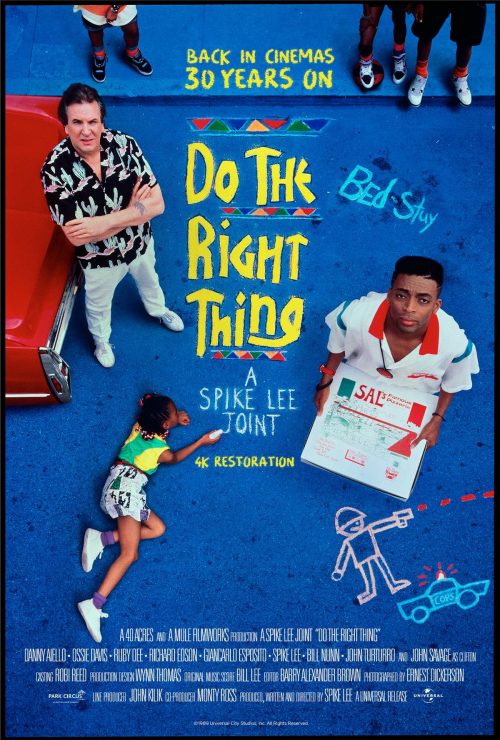 This landmark re-release will present Do the Right Thing in its original aspect ratio of 1.85:1. The new digital transfer was supervised by the film’s cinematographer Ernest R. Dickerson and was created in 16-bit 4K resolution on a Lasergraphics Director film scanner from the 35mm original camera negative. Thousands of instances of dirt, debris, scratches, splices, and warps were manually removed using MTI Film’s DRS. Digital Vision’s Phoenix was deployed to resolve jitter, flicker, and small dirt. The 5.1 surround soundtrack was remastered in 2009 by NBCUniversal StudioPost Audio Operations from the original 35mm four-track stems.

There will be screenings at selected cinemas in the UK during August, including an extended run at the BFI Southbank in London from 2 August.

On 26 August 2019, the Criterion Collection will also celebrate the 30th anniversary with a UK release of a definitive director-approved edition, featuring the new 4K restoration, on Blu-ray and DVD.