You are here: Home » Another World We Are Making at the London Korean Film Festival 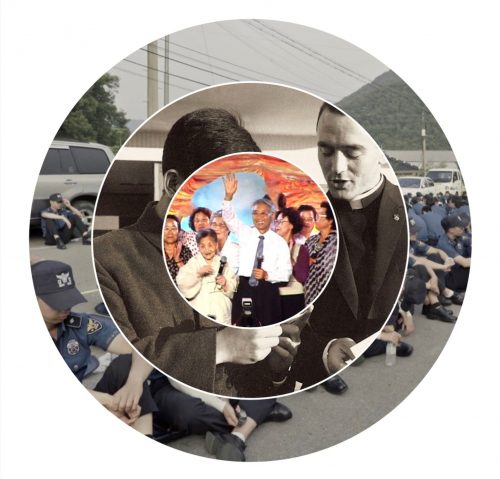 The work of political filmmaking collectives gained recognition globally in the 60s, with Japan’s Ogawa Shinsuke and his ‘Ogawa Pro’ group being a notable example. Britain had its own collectives organised around common political causes too. Amongst others, feminist film groups formed across the country in the 70s and 80s, with the Greenham Commons all-women anti-nuclear project garnering particular recognition. This culture emerged in South Korea in the late 1980s with a few film collectives whose aims were to document and resist social injustice, of which Kim Dong Won and his P.U.R.N. Production collective are exemplary. Kim became a major figure in the scene, inspiring his fellow documentary filmmakers thanks to the intimacy of his relationship with his subjects, as well as his approach to recording them. The country has continued to produce an impressive volume of politically driven documentaries each year, films that reflect and engage with the rapid social change and political upheaval of the past few decades.

The LKFF are delighted to bring Kim Dong Won to the UK to present a selection of his works from the past four decades along with films by two young filmmakers actively involved in documentary film collectives, Park Bae-il and Song Yun-hyeok.

All screenings and events are free to attend (note: booking is essential):

What films are in competition at the 65th BFI London Film Festival?