You are here: Home » A girl & her robot saves the world

What can a rebellious girl do when she finds a robot? Become friends with it of course. If Next Gen was that simple it would have been an entirely different film.

This one involves quite a classic story arc.  Rebellious kid finds something that she shouldn’t have & then saves the world from some catastrophe.

Even so, the animation is sweet, it seems to have enough to keep both adults & children interested in as well as telling a sweet morality tale.

It’s going to be showing on Netflix so just remember you can sign up for a month for free! 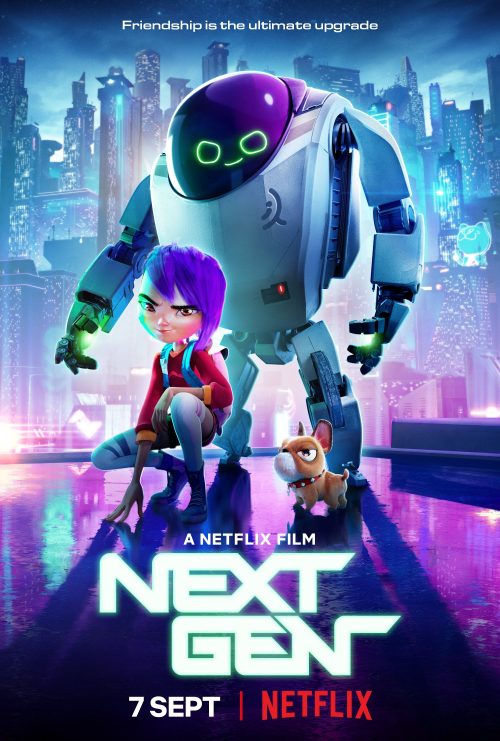 NEXT GEN is an animated action-adventure film about the bittersweet power of memories. It tells the story of an unlikely friendship between a rebellious girl and a runaway combat robot, as they unite to stop a madman’s plan for technological world domination.

The Pitch Perfect girls need you

The Girl With All The Gifts

Paper Towns – A Mystery to solve