You are here: Home » Perfect Dismount and their seminal album

A couple of years ago we watched a “great” film called Gymkatta. A martial art that involves gymnastics mixed with karate.

There is a scene in the film that shows our hero using a badly disguised horse to disable a number of evil minions. Attacking, as always, one-by-one! 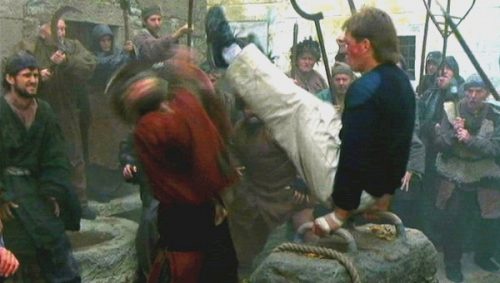 That got me thinking after his gymnastic dismount and then moving over to another badly disguised piece of gymnastic equipment, a set of parallel bars, made me come up with a name of a band, that being Perfect Dismount and within a couple of minutes the group helped me with a name of their only album. That being Parallel Lies.

That overview over, the next question is what genre was this band. It has to be a mid 80s band. I think it’s a band that could have given OMD a run for their money with their own twist of electro-pop but with a Soviet twist. 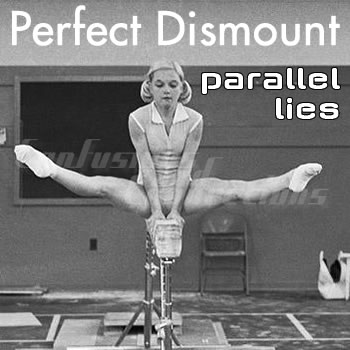 I therefore give you, not only the cover for the album but also the track list for the album. I have to let you know that the album has been unavailable since the 80s mainly due to the nature of music and the fact that this is a hypothetical band as well.

It is a shame that they never managed to complete their second album but that tends to happen a lot.  An amazing first album that then cascades into making the band even more dysfunctional

We have to remember that the contributions that Kerry Scott, Ashton Ocean, Caden Bravo & Rosie South gave to Synth-pop of the early 1980s as well as mourning the fact that they never managed to get a second album

The Fifth Beatle – A review