You are here: Home » Who was John DeLorean?

The fascinating documentary-drama is the first ever re-enactment of the meteoric rise and fall of high-flying automotive executive, John DeLorean. Unlike a regular feature documentary, FRAMING JOHN DELOREAN is a unique documentary / feature hybrid, including traditional talking heads and archival footage woven in with reconstructed scenes of key moments in John DeLorean’s life, played by Alec Baldwin (The Cooler, The Departed, Mission: Impossible – Fallout). 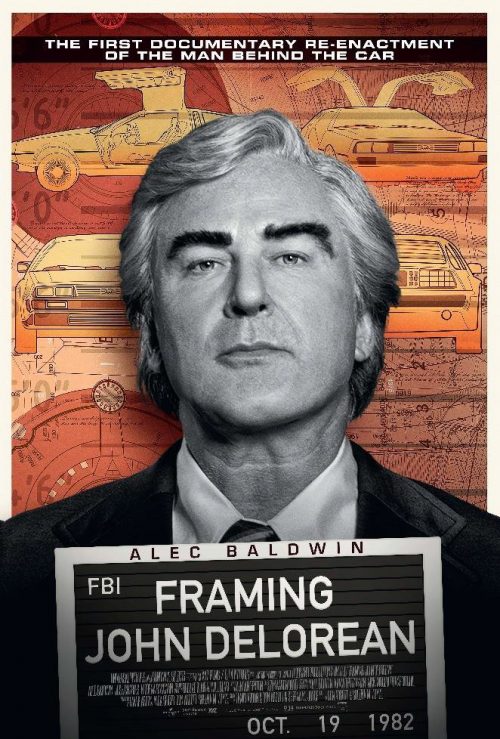 Genius. Failure. Saviour. Liar. A story so shocking it reads like the plot of a Hollywood movie. John DeLorean was a maverick who defied the industry to create the DeLorean Motor Company, and bring to life his vision of a futuristic car, which was plagued with disaster from the start. In an effort to keep his business and jet setting lifestyle afloat, he became embroiled in an FBI sting operation and appeared to be caught red handed, exchanging millions for the transportation of cocaine. This is the true story of greed and endless ambition behind the car that would become one of the biggest cult item of the 1980s.