You are here: Home » Who is Bumblebee 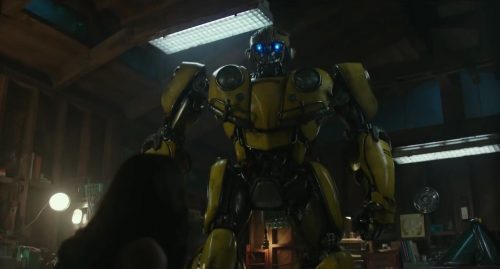 What can you say about the first trailer for Bumblebee?  Wow is the first thing that springs to mind.  It is epic as well as it does star the only bumblebee that some of us, older, people think of.  not only that, we have met him before, a lot later in life compared to this film.

So just sit back and watch the amazing first, teaser, trailer for one of the greatest autobots.

On the run in the year 1987, Bumblebee finds refuge in a junkyard in a small Californian beach town. Charlie, on the cusp of turning 18 and trying to find her place in the world, discovers Bumblebee, battle-scarred and broken. When Charlie revives him, she quickly learns this is no ordinary, yellow VW bug.

Bumblebee appears as a poster