You are here: Home » Bumblebee appears as a poster

Bumblebee now has a poster for his upcoming stand-alone movie.  It is a very cute one that, for me, reminds me of The Iron Giant for some reason ( as well as a touch of E.T. The Extra Terrestrial ).  It maybe because the poster does look like a frame from an animated film.  The other reason is beause it is going to be a “coming of age” drama with Charlie learning more about herself and finding that there is more to life than the one she has.

The logo does look like something from the 80s but done on WordArt from the early 90s.  With that, it does look very comforting as well as being very firmly placed in a certain time. 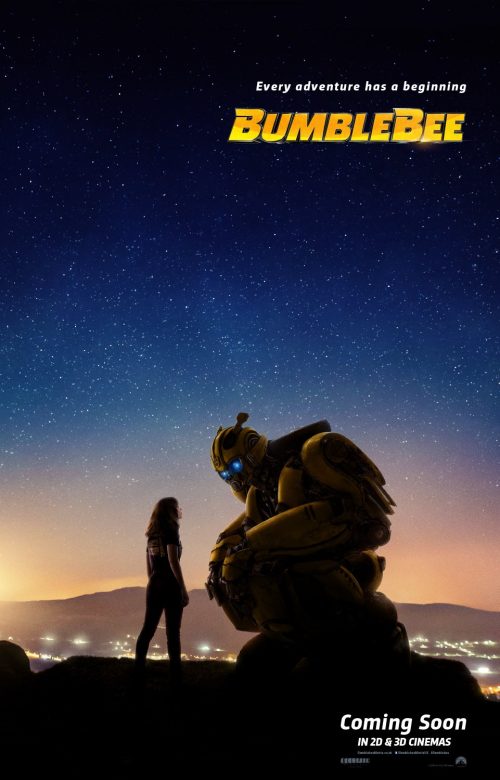 On the run in the year 1987, Bumblebee finds refuge in a junkyard in a small Californian beach town. Charlie, on the cusp of turning 18 and trying to find her place in the world, discovers Bumblebee, battle-scarred and broken. When Charlie revives him, she quickly learns this is no ordinary, yellow VW bug.