You are here: Home » The Super Troopers are coming back 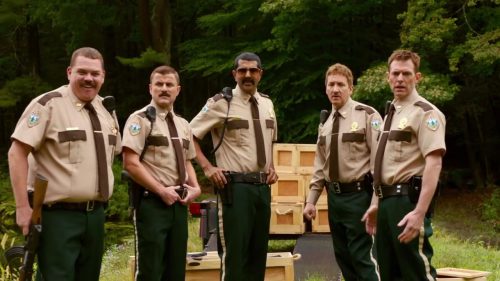 After over fifteen years away, the Super Troopers are back. This time to maintain order in a border despite between Canada and the U.S.

Since we saw them the last time, our band of troopers have been fired and are working as a construction crew. This time they are put back in uniform to help make Canadians Americans.  What could possibly go wrong?

We have the trailer as well as the poster to keep you interested before we get some new stuff about the film. 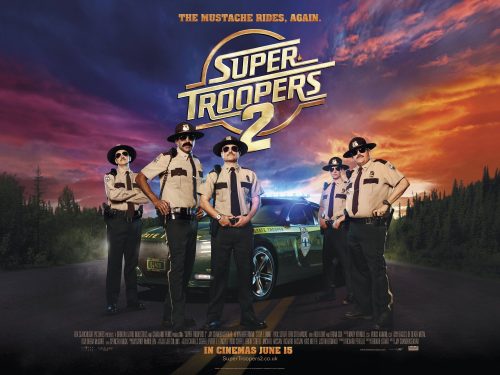 Everyone’s favourite law enforcement team is back by popular demand with the long anticipated follow up to the cult comedy classic…SUPER TROOPERS. When an international border dispute arises between the U.S. and Canada, the Super Troopers – Mac, Thorny, Foster, Rabbit and Farva, are called in to set up a new Highway Patrol station in the disputed area. Unconventional police work follows, and the result is…SUPER TROOPERS 2.