You are here: Home » The Souvenir Part II is coming home

Picturehouse Entertainment are delighted to announce the home entertainment release of The Souvenir Part II, Joanna Hogg’s shimmering story of first love and a young woman’s formative years. Voted the Best Film of The Year in Sight & Sound’s Critics Poll, The Souvenir Part II will be available on DVD, Blu-ray and Digital from 25th April 2022 and is available to pre-order HERE.

In the aftermath of her tumultuous relationship with a charismatic and manipulative older man, Julie begins to untangle her fraught love for him in making her graduation film, sorting fact from his elaborately constructed fiction. 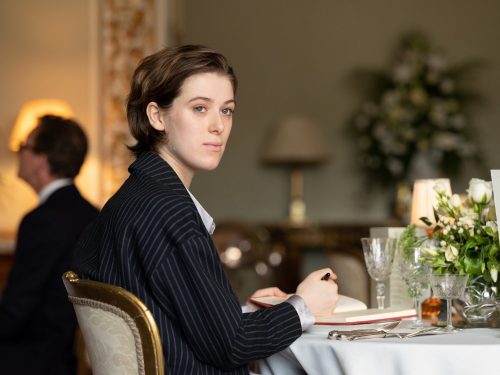 The Souvenir Part II is a portrait of the artist that transcends the halting particulars of everyday life — a singular, alchemic mix of memoir and fantasy. With an outstanding cast that also includes Richard Ayoade, Charlie Heaton, Joe Alwyn and Tilda Swinton, this critically acclaimed sequel to “The Souvenir” is one of the finest British films of recent years.

The Souvenir Part II is produced by Joanna Hogg, Luke Schiller, Ed Guiney, Andrew Lowe and Emma Norton. The film was produced by Element Pictures and JWH Films, for BBC Film and BFI (using funds from the National Lottery) in association with Sikelia Productions and Protagonist Pictures.

Studio Soho announces Home Entertainment release of ONE OF THESE DAYS

The Third Wife is coming home