Lightbulb Film Distribution, in association with Myriad Pictures, is thrilled to share the new poster and trailer for comedy India Sweets and Spices, from the producers of Crazy Rich Asians. The film is coming to UK cinemas from 2nd December. 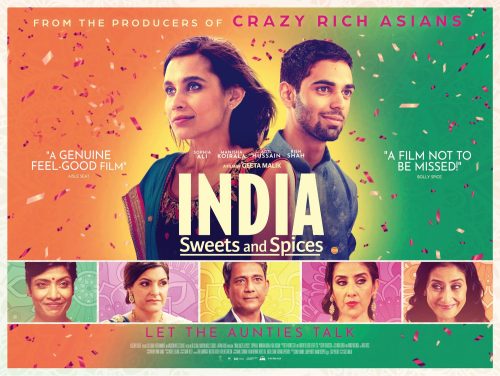 When Alia returns home from university, she challenges her parents’ elitist lifestyle; expensive jewellery, lavish dinner parties and gossiping aunties. But when she invites the son of a local shopkeeper to her mother’s upcoming soiree, family secrets begin to surface…

“We are delighted to be bringing India Sweets And Spices to UK cinemas in October. Sophia Ali shines as a young woman, coming of age, amidst the generational dynamics of Indian family life. It’s a perfect blend of romantic comedy and family drama,” commented Lightbulb Film Distribution’s Commercial Director, Matthew Kreuzer.

You are invited to Diana’s Wedding