You are here: Home » Reinforcements are on their way for Marvel’s Avengers S.T.A.T.I.O.N. 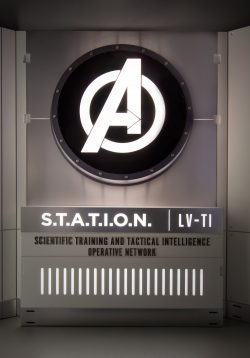 After a surge in demand, tickets for the world-class immersive experience will be available for six new slots on weekends

After an overwhelming response from Marvel fans in the UK, The MJR Group have announced that Marvel’s Avengers S.T.A.T.I.O.N. will be adding more performance slots across the weekends.

These will be taking place at 9.30am, 9.40am & 9.50am on Saturdays and Sundays in order to cope with the demand for tickets.

“We are thrilled to announce that, due to huge public demand, we are adding extra time slots to the Avengers S,T.A.T.I.O.N attraction on all weekend performances!” – Nathan Stone (Creative Director of The MJR Group).

S.T.A.T.I.O.N. will open at ExCeL London on 29th November 2018, following a hugely successful run in New York, Seoul, Paris, Singapore, Beijing, Taipei and Las Vegas where it has set up a permanent exhibition.

S.T.A.T.I.O.N. is an acronym for Science Training and Tactical Intelligence Operative Network, where guests will step inside the popular films and become part of the Marvel Cinematic Universe storyline, whether trying to lift Thor’s hammer or taking a sneaky peak at Bruce Banners Lab.

As part of your training, you will get the opportunity to interact with props and characters straight from the big screen…