You are here: Home » The Red Sparrow is back

Jennifer Lawrence is back in the second trailer for Red Sparrow. This time we see what made Dominika become a sparrow. Not only that but a deeper look into her training and why she ends up doing what she does.

Not only do we have the amazing trailer but the poster and some images from the film. 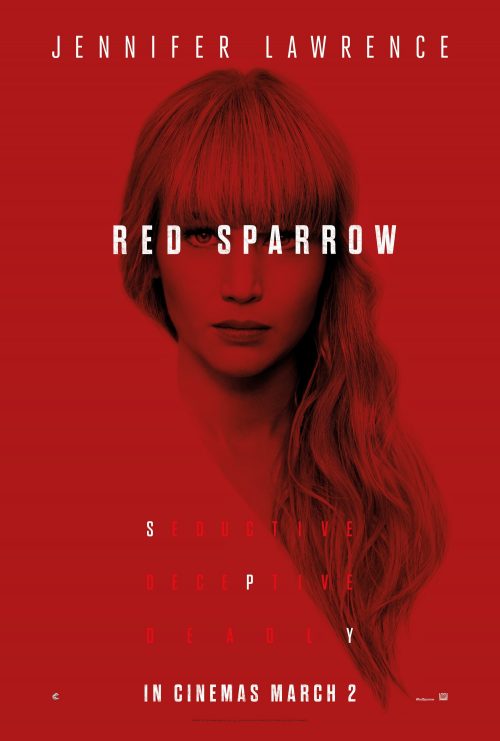 Dominika Egorova is drafted against her will to become a “sparrow,” a trained seductress in the Russian security service. Dominika learns to use her body as a weapon, but struggles to maintain her sense of self during the dehumanizing training process. Finding her power in an unfair system, she emerges as one of the program’s strongest assets. Her first target is Nate Nash, a CIA officer who handles the agency’s most sensitive infiltration of Russian intelligence. The two young operatives fall into a spiral of attraction and deception, which threatens their careers, allegiances and the security of both countries.

Jennifer Lawrence is a Red Sparrow