You are here: Home » The Piano’s 25th anniversary poster

Studiocanal has released the stunning poster for the 25th anniversary release of The Piano.

A beautifully simple look at this seminal film.  It tells you everything you need to know but in the simplest way possible.  What does the missing key tell us and why isn’t with the rest of the keyboard?  I’m not going to tell you as that’ll spoil the film if you’ve never seen it before.

There are other motifs in the poster but I will let you figure them out for yourself. 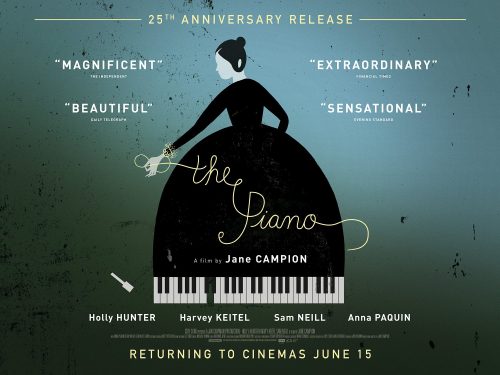 Set in 1851, a mute Scottish woman arrives in colonial New Zealand for an arranged marriage, with her precocious young daughter and beloved piano in tow. Her practical new husband refuses to transport the piano to their home and makes a deal with his neighbor, George Baines to take the piano off his hands. Attracted to Ada, Baines agrees to return the piano in exchange for a series of piano lessons that become a series of increasingly charged sexual encounters. As pent-up emotions of rage and desire swirl around all three characters, the savage wilderness begins to consume the tiny European enclave.

Beautiful Boy has a poster

Piano – The best one to drop on someone?