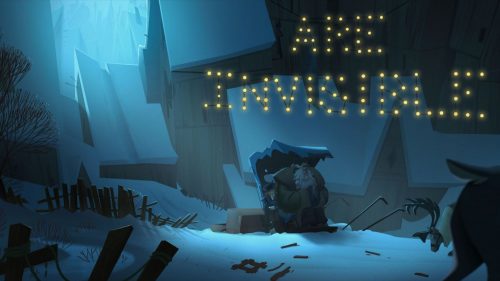 “‘Invisible’ is such a beautiful song,” says Larsson. “Its message of kindness speaks perfectly to the message of Klaus. I think it can inspire all of us to be a little compassionate to one another.”

“I remember seeing Klaus and feeling so moved; the words and melody came to us instantly,” says “Invisible” co-writer Justin Tranter. “And Zara’s performance perfectly captures the essence of the film.”

“Invisible” is co-written by songwriter and activist Justin Tranter (past credits include songs for Selena Gomez, Halsey, Cardi B and Camilla Cabello, among others), Jussi Ilmari Karvinen aka “Jussifer” and Caroline Pennell, is performed by Zara Larsson, produced by Jussifer, and mixed by Tony Maserati. Zara Larsson is signed with TEN/Epic Records.

When Jesper distinguishes himself as the postal academy’s worst student, he is stationed on a frozen island above the Arctic Circle, where the feuding locals hardly exchange words let alone letters. Jesper is about to give up when he finds an ally in local teacher Alva, and discovers Klaus, a mysterious carpenter who lives alone in a cabin full of handmade toys. These unlikely friendships return laughter to Smeerensburg, forging a new legacy of generous neighbors, magical lore and stockings hung by the chimney with care.

A Series of Unfortunate Events has another series