You are here: Home » Mary Magdalene has a new trailer 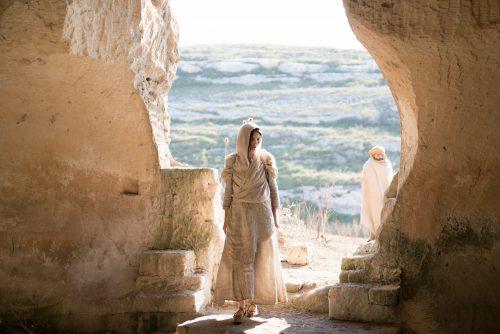 With the issues surrounding Harvey Weinstein, Mary Magdalene was pulled from US cinemas to an “unspecified 2018 release”. That as well as the film being removed from the Universal press site, I thought that this film wouldn’t see the light of day for another 6 months or so. However, it has all changed with the great new trailer for the film. This time it seems to focus more on how Mary feels about Jesus as well as his suffering and rebellion.

MARY MAGDALENE is an authentic and humanistic portrait of one of the most enigmatic and misunderstood spiritual figures in history. The biblical biopic tells the story of Mary, a young woman in search of a new way of living. Constricted by the hierarchies of the day, Mary defies her traditional family to join a new social movement led by the charismatic Jesus of Nazareth. She soon finds a place for herself within the movement and at the heart of a journey that will lead to Jerusalem.