You are here: Home » Kind Hearts & Coronets are coming back

June 2019 marks the 70th anniversary of the original UK release of KIND HEARTS & CORONETS, the jewel in Ealing Studios’ crown, and arguably one of the finest British films ever made. To celebrate this anniversary STUDIOCANAL are proud to announce that KIND HEARTS & CORONETS will be returning to cinemas in gloriously restored 4K, on June 7th 2019. A stunning Collector’s Edition will follow as part of STUDIOCANAL’S Vintage Classics Collection on June 24th 2019. 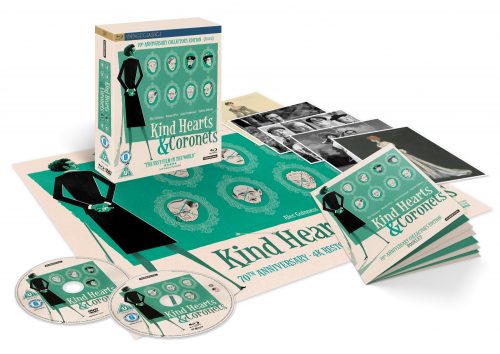 Hailing from the Golden-Age of Ealing comedies, KIND HEARTS & CORONETS stars Dennis Price as the debonair yet impoverished Louis Mazzini, the would-be Duke of Chalfont whose mother was disinherited by her noble family, the D’Ascoynes, for marrying beneath her. When her dying wish to be buried in the family crypt is refused, Louis vows to avenge his mother and work his way up the family tree, by engaging in the gentle art of murder. One by one he attempts to kill off the eight successors that stand in the way of his becoming Duke –all played by Alec Guinness in an unforgettable tour-de-force performance.

Directed by Robert Hamer (who co-wrote the screenplay with John Dighton) KIND HEARTS & CORONETS also stars Joan Greenwood as the husky-voiced siren Sibella and Valerie Hobson as the refined and virtuous Edith D’Ascoyne, both of whom threaten to distract Louis from his murderous quest.

A wonderfully entertaining combination of biting class satire, hilarious farce and pitch-black comedy, this story of a suave and elegant serial murderer is as sharp and funny today as ever. 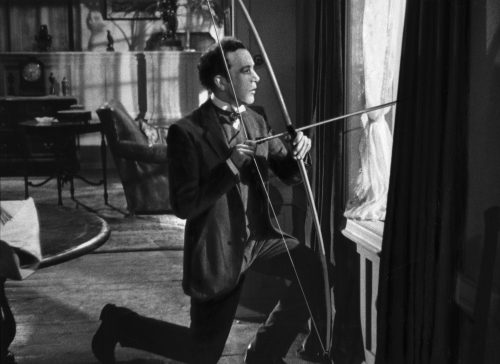 The 35mm nitrate original negative of Kind Hearts & Coronets was scanned in 4K resolution at 16bit by the BFI archive. The resulting files were sent to Silver Salt Restoration, for restoration and colour grading. Extensive manual correction was carried out on a frame by frame basis to fix large dirt debris, warping, tears, scuffs and scratches. It was colour corrected by Senior Colourist, Steve Bearman.

Can the Restless Natives be caught?

The Ladykillers is coming back in 4K

What can be found in The Halfway House?

The Holly and The Ivy is coming home for Christmas