You are here: Home » Free Hand for a Tough Cop is coming home

Finally making its UK debut, Fractured Visions is proud to present Free Hand For A Tough Cop, a much-loved Euro Crime classic that spawned other genre staples like Lenzi’s own Brothers Till We Die and Stelvio Massi’s Destruction Force. 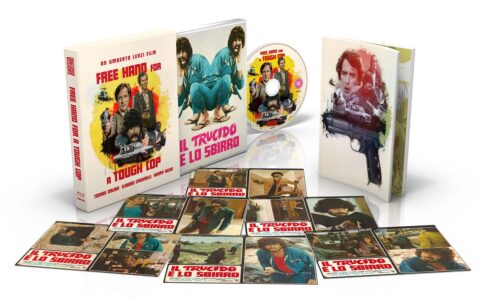 From the notorious Umberto Lenzi comes Free Hand For A Tough Cop, the film that introduced Tomas Milian’s legendary ‘Monnezza’ to audiences around the world. When the critically ill daughter of a prominent family is kidnapped by a ruthless band of thugs, Inspector Sarti is forced to bend the rules and oversee the prison break of Sergio ‘Monnezza’ Marazzi, a lowlife criminal with deep roots in the underworld. The unlikely duo team-up in the hopes of retrieving the girl and catching the infamous Brescianelli, the crime boss behind the kidnapping, before her time runs out…

Can you Survive the Night?

UglyDolls have a new trailer

Free State of Jones has a poster