You are here: Home » Taking your father on one last trip with The Pebble And The Boy

Munro Film Services and Lightbulb Film Distribution, in collaboration with North of Watford Films, are delighted to share the poster and trailer for new British film, The Pebble And The Boy.

Inspired by Mod-culture, The Pebble And The Boy will be released in cinemas nationwide from Friday August 27, and available On Demand later in the year.

The film was written and directed by Chris Green (Me, Myself and Di) and stars Patrick McNamee (Our Girl), Sacha Parkinson (Coronation Street), Max Boast (Sex Education), Patsy Kensit (Emmerdale), Ricci Harnett (Rise of the Footsoldier) and Jesse Birdsall (Hollyoaks). 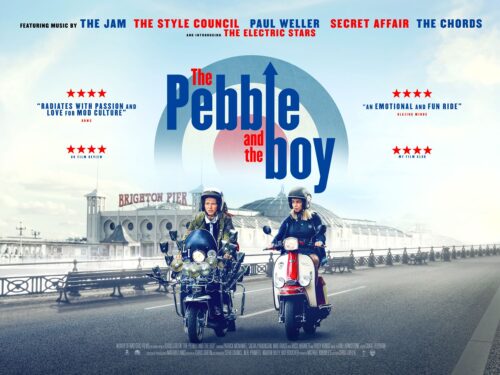 A boy, his Dad’s ashes and a Lambretta scooter…John embarks on a journey from Manchester to Brighton, the spiritual home of the Mods, to scatter his late father’s ashes.

The film features tracks from Paul Weller, The Jam, The Style Council, Secret Affair and The Chords. The title of the film is taken from the final track on Weller’s eighth studio album, As Is Now.

“Pebble is a British road movie with a big heart. Director and writer Chris Green lives and breathes everything Mod – and that really shows. From the music, the fashion and the scooters, he gives the audience a glimpse into his world.” – Lightbulb’s Sales & Acquisitions Director, Peter Thompson.

“What better way to spend the August bank holiday weekend than for audiences to join together in watching The Pebble and the Boy on the big screen. It’s fun, energetic and feel-good, all wrapped up in a great soundtrack.” – Managing Director of Munro Film, Frank Smith.

What happened at Lake Elrod?