You are here: Home » Being black doesn’t stop you from joining the KKK 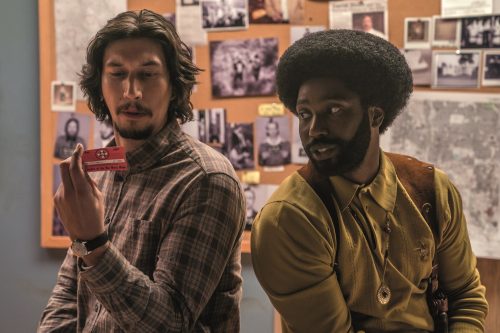 Spike Lee’s latest film has a trailer and some images.  This time he takes a look at an amazing, true, story about a black policeman who manages to join the KKK in the 1970s.

This time he puts quite a comedic spin on it, as you can see in the trailer. Even so, it’s as poignant now as it was when it happened 40 years ago.

BlacKkKlansman takes this amazing story and runs with it.

By the looks of it, and if you read up on the story, it is as stupid as it comes across in the trailer. A bunch of racist idiots being fooled by a black officer because of their own stupidity. Or as Ron actually describes them as “a bunch of assholes”