You are here: Home » Ash is coming home 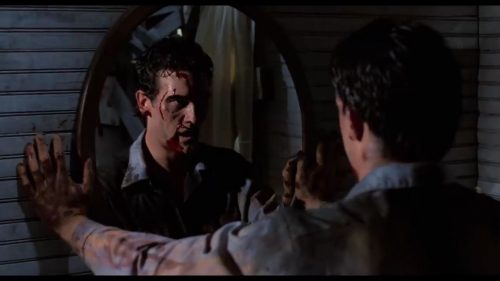 A brand new, 4K release of the 80s classic, Evil Dead 2 is coming home in the near future.

We have just been sent over the brand new trailer to advertise the restoration of this classic film.  Sit down and watch the amazing trailer and learn more about what’s going to appear on the blu-ray disk as well.

After the shocking and notorious cult classic THE EVIL DEAD impaled its way into the minds of a whole generation, visionary maverick director Sam Raimi decided to elaborate on its twisted scenario. Featuring B-movie legend Bruce Campbell in his most iconic role, EVIL DEAD 2 is a gore-fueled, splatstick masterpiece that gleefully stomps on the entrails of good taste whilst puking in the face of Hollywood with no apologies.

I Spit on Your Grave: The Complete Collection is coming home

The Evil Dead is coming back