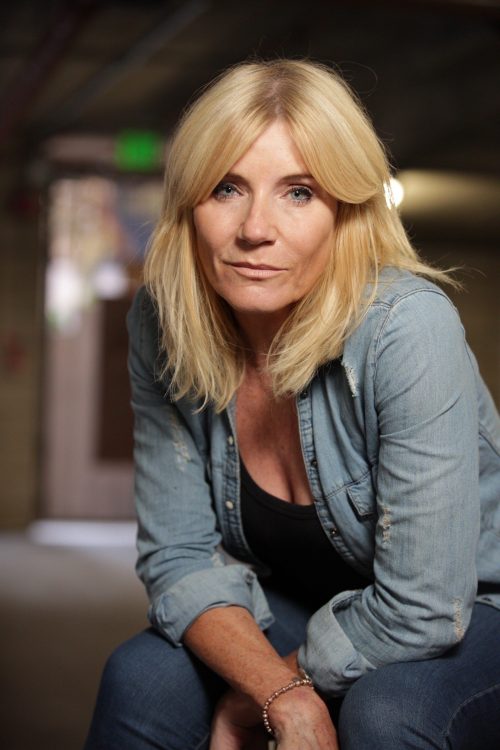 Overnight in March, many thousands of entertainment industry workers lost their livelihoods. A great number of them fall through gaps in the government support schemes and have no means to provide for themselves or their families. Since the lockdown began, the Equity Benevolent Fund has been dealing with more than 250 claims per week for financial support from performers and creatives who cannot afford to pay for food, utilities or other essentials. 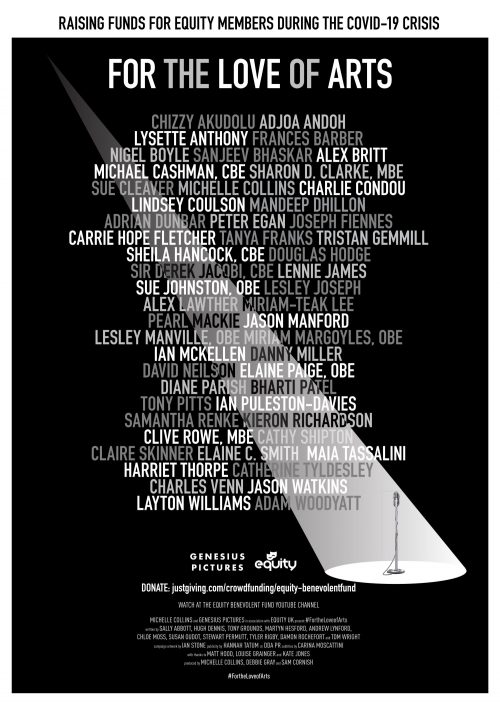 In response to this crisis, Michelle Collins has brought together an ensemble of some of the best British acting talent under the hashtag #FortheLoveofArts, to perform monologues, all between 2 and 5 minutes long and recorded at home, to raise some much-needed funds for those in need. To date, Sir Ian McKellen, Sir Derek Jacobi, Sue Johnston, Lesley Manville, Elaine Paige, Mandeep Dhillon, Joseph Fiennes, Miriam Margolyes, Michelle herself, and many others have come aboard the project. The project also features a number of new and original pieces of writing from Hugh Dennis, Tom Wright, Damon Rochefort, Andrew Lynford, Chloe Moss, Susan Oudot, Martyn Hesford, Stewart Permutt, Tyler Rigby and Tony Grounds.

The content is produced by Debbie Gray and Sam Cornish of Genesius Pictures alongside Michelle Collins. Their monologues can be viewed on the Equity Benevolent Fund’s YouTube channel

Michelle Collins added: “The current crisis has had a devastating effect on my industry affecting so many of us indiscriminately. I wanted to help. I started ringing around friends in the industry and one thing led to another and I suddenly had a list of fantastic, well known and highly respected film, TV and stage actors on board, all wanting to help in any way they could. I also have a group of extremely talented writers who have all agreed to write a monologue for whoever needs one.”

Equity has already publicly committed to boosting its Benevolent Fund to £1 million and is currently giving out up to £86,000 per week in aid, but more is needed, and they are now asking audiences to help the people whose work they have enjoyed in cinemas, theatres, pubs, clubs, circuses, cruise ships, at festivals, events and parties, and continue to enjoy on TV, radio and online under lockdown.

Maureen Beattie OBE, Equity President, said: “Equity is hugely grateful to the actors, writers and the team at Genesius Pictures who have given their time and expertise to this vital project. We are particularly grateful to Michelle Collins for her generosity and commitment to the welfare of her fellow workers in the entertainment industry. The money raised will make a crucial difference to the thousands of performers and creatives that the Equity Benevolent Fund helps in this crisis.”

The initiative aims to inspire and entertain at this most difficult time and hopes also to encourage members of the public to upload their own performances under the #FortheLoveofArts hashtag.

To donate to the #FortheLoveofArts Equity Benevolent Fund go to our JustGiving page at: www.justgiving.com/crowdfunding/equity-benevolentfund.