You are here: Home » A World where anything is possible – Keanu Reeves in Sci-fi 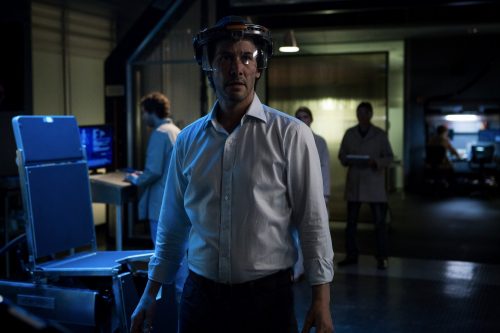 Whether he’s fighting agents in a machine-created dream world or flying across time with his best buddy, Keanu Reeves (The John Wick Franchise) has starred in some of modern cinema’s most beloved science fiction flicks. Now in 2019, the man who introduced us to the enduring pop culture icon Neo, welcomes us into the thrilling future world of Replicas.

In Replicas, Keanu stars as Will Foster, a daring neuroscientist on the verge of successfully transferring human consciousness into a robot body. When his family is tragically killed in a car crash, Will makes the fateful decision to use his research to preserve their minds and transfer them into secretly-grown clone bodies. Offering a fresh take on the Frankenstein myth, Replicas is a taut and action-packed sci-fi thriller about family, loss and the dangerous questions surrounding emerging scientific technologies.

So, as we await the release of Replicas, join us in looking back some over Keanu’s most spectacular sci-fi roles.

Travelling back to 1989, Keanu made his first foray into sci-fi with fan-favourite comedy Bill and Ted’s Excellent Adventure. Still in the teen-heartthrob stage of his career, Keanu was perfectly cast as dim-witted dude Ted who, along with his slacker buddy Bill (Alex Winter), are about to fail their high school history report. With Ted set to be shipped off to Military school, the duo’s beloved band, the Wyld Stallyns, looks set to break up before they have even learned to play guitar… Enter mysterious future dude Rufus and a time-travelling phone booth. Soon Bill and Ted journey to ages past, picking up Napoleon, Joan of Arc, Socrates and Abraham Lincoln on the way. Standing the test of time, Bill and Ted have proven an enduring success, earning themselves a 1991 sequel, Bill and Ted’s Bogus Journey, as well as an upcoming third feature with Keanu set to reprise one of his most beloved roles. Excellent!

In 1995 Keanu took his first foray into the cyberpunk subgenre of sci-fi with Johnny Mnemonic. Set in the near future, Keanu plays a ‘mnemonic courier’ carrying highly sensitive information via a dangerous cybernetic brain implant for money. Taking on one last job before he can have the hazardous device removed for good, Johnny agrees to transfer a lethal dose of top-secret info that needs to be delivered fast. But it’s not so easy once the headhunting yakuza arrive on the scene! Co-starring Japanese screen legend Takeshi Kitano (Battle Royale, Zatoichi) and 80s muscleman Dolph Lundgren (Rocky IV, Universal Soldier), Johnny Mnemonic is based on a story by noted sci-fi writer, and the man who coined the term ‘cyber-space’, William Gibson. Critics may not have been kind on its original release but we love the seriously 90s vibes of this offbeat cyberpunk oddity.

Exposed has a synopsis & images